Report from the International Builders' Show 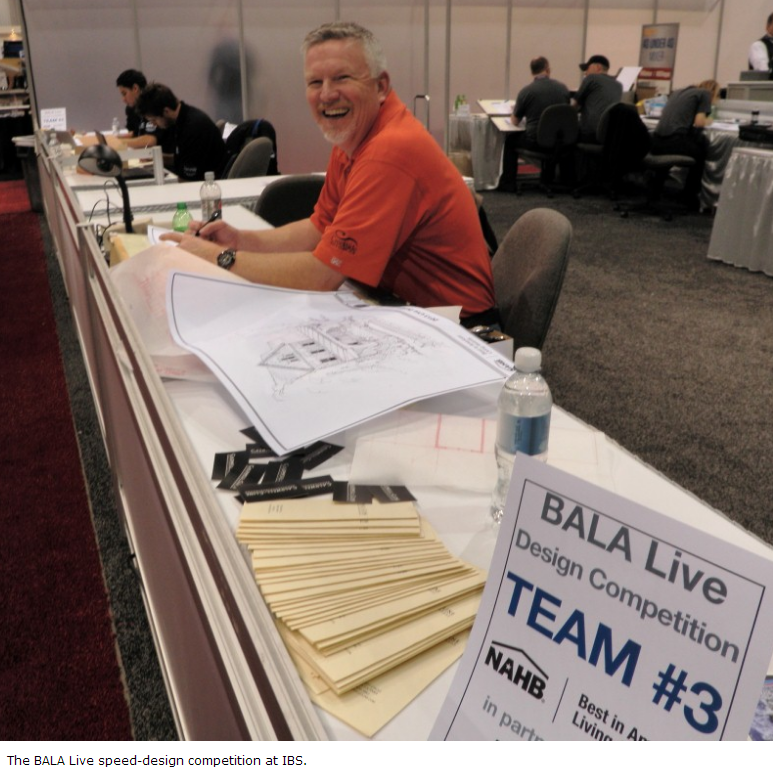 I recently returned from the International Builders' Show, an annual extravaganza put on by the National Association of Home Builders (NAHB). This year it was held in Las Vegas from from January 22 to 24, 2013.

Most of us attendees didn’t get much time to cruise the show floor, because the educational resources were so rich. NAHB improved the format by adding several different levels of course offerings. They eliminated the last half-day and selected much more carefully for just the best teachers for the premium-priced educational track.

They added on-floor education, called “IBS Live,” open to all with a budget-priced floor pass. The conference also offered a lot of focused mini-classes in the sponsor-supported “centers,” and aimed at introducing people to the Custom Builder Council, Design Council, Green Building Council, etc.

In addition, the NAHB University of Housing offered pre-show full-day classes and a full-day curriculum during the show called “Lean Construction.” The Design Center offered numerous bring-your-house-plan review sessions with top architects, and the NAHB “Builder 20 Club” peer education program had a lounge with coffee, snacks, and business coaching available.

Luminaries panel and a few classes

I participated in a “luminaries panel” at IBS Live with fellow builder and writer Matt Belcher, building science guru Gord Cook, Walter Cuculic from Solar Cities, and Architect Peter Pfeiffer. The event featured free beer for the audience as well as the speakers.

I also did a traditional class on Best Practices with Don Ferrier and Fernando Pages. And I presented at one of the Design Center lunch sessions with Ted Clifton of Zero Energy Home Plans.

The traditional class was the best received, and the free beer and cash bar at IBS Live helped bring out some great audience participation. But the free lunch brought in some folks who really weren’t interested in the class. Reports from staff did say that they heard our message that designers who don't educate and brand themselves as green tend to get clients who aren't interested in green. And that there are fewer of them each year as the mainstream embraces "affordable green". 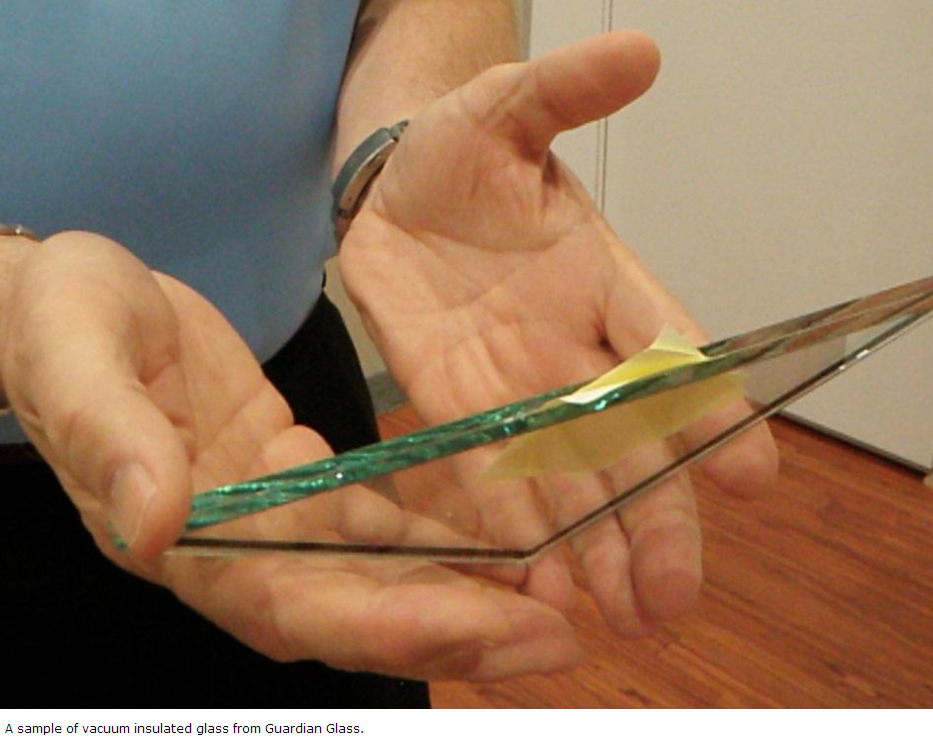 Sam Rashkin used the IBS Live stage on the show floor to spread the word about the Building America Solution Center at the U.S. Department of Energy. (Rashkin is no longer with the Energy Star Homes program at EPA.)

His talk was very energetic and compelling. It seems like an amazing resource.

The NAHB Design Committee has partnered with the American Institute of Building Design (AIBD), Operation Finally Home, and the Best in American Living Awards (BALA) on a contest called “BALA Live.” This was speed-design contest in which teams competed at IBS Live to design a home for the family of a disabled vet.

The contest allowed a single day for five teams to prepare concept drawings which were judged with input by text from the IBS crowd. The drawings were then presented to the recipient, who had been brought to Las Vegas unawares, in a surprise presentation that very evening with the builder who will be building the home for her. 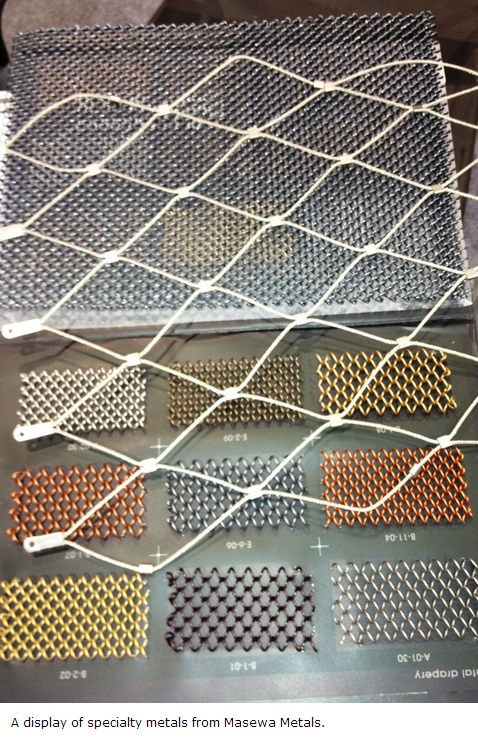 Of course we were in Las Vegas and that influenced the “aesthetic” somewhat. The Design Center hosted a disco-themed launch party for a new magazine entitled “Best in American Living” with a pair of Nicki Minaj lookalikes.

The closing ceremonies featured a great performance by Cheap Trick with that (now) five-neck guitar and 12-string bass (actually 10 — the two top Gs are removed.)

I didn’t visit the “New American Home,” but I heard many snarky comments about how a $4,000,000 home measuring 6,721 square feet wasn't really representative of the new America. Many of the HERS raters in the crowd were wondering how it managed to get 0.2 ach50, LEED Platinum, and NGBS Emerald. [Editor's note: See the comment by John Brooks posted below. One source reports that this home's air leakage rate is 0.2 ach(nat), not 0.2 ach50. Using the old rule-of-thumb conversion ratio of 20-to-1, that would mean that the home's air leakage rate is about 4.0 ach50.]

One of the products I saw on the show floor was a display of vacuum insulated glass (VIG) from Guardian Glass. I held a piece of glass in my hand that had the same R-value as 2 inches of blue XPS styrofoam. The panes are held apart by a “frit” around the edges and tiny transparent “posts” of borosilicate glass spaced on a grid about two inches each way.

Both in the display and in my hand, I didn’t notice the glass posts until they were pointed out to me. The gap between the panes is so small that a business card wouldn’t fit between them – two Post-it notes was all that would fit, and all the room required to reach a U-0.1 (or R-10). Its center-of-glass R-value is even higher, at R-11.5.

Since the R-value is not dependent on low-e coatings, the visible transmittance and solarheat gain co-efficient can be as high as 0.70, making this type of glazing great for passive solar applications (where permitted by code).

The product is expected to be “slightly more expensive than current triple-pane options.” It should be available from Ply Gem windows in 2014.

Everyone in my “20 Club” was buzzing about an Android / iPhone job log program from Australia called Jobbies. It was brought in by a really nice bloke from Down Under who seems to have invented an elegant little app for taking notes and improving job site communication.

The app is being distributed through iTunes as a free full-feature download with the print-to-pdf feature watermarked. The paid version undoes that critical feature. 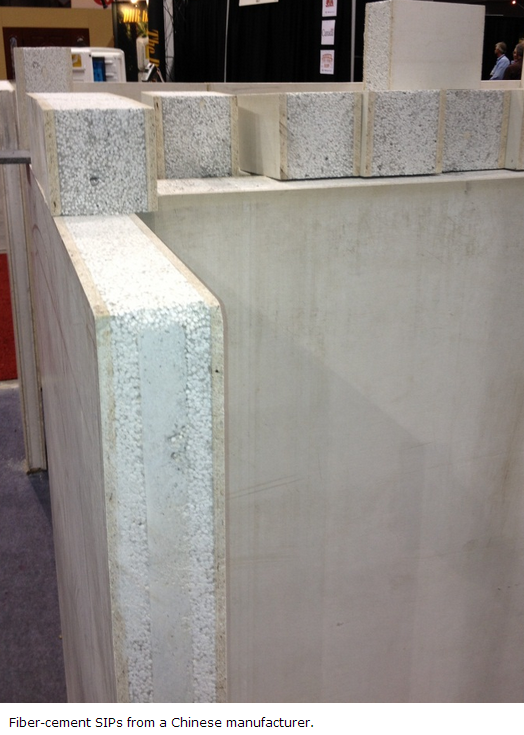 I also discovered MooCard.com’s Infinicards, thanks to fellow builder Mark Huber. It’s a portfolio in your pocket, a pack of 100 or more business cards with your company info on one side and a different image from your portfolio on the other side of every single card.

He pulled fifteen cards out of his pocket and there was a different photo on the back of each one, showcasing the variety and versatility of his work! If you’re going to take the time to upload your portfolio to Houzz.com, you may be just a short step away from a portfolio in your pocket.

I also saw a security screen product manufactured by a company named Meshtec. The screen is made of very hard, woven stainless-steel wire. It looked just like regular bug screen but couldn’t be cut with a knife and was rugged enough to stop kids or crooks.

It seemed likely to be resistant to damage from pets and raccoons. I can imagine using it for a porch railing or swimming pool security fence instead of tempered glass.

As in years past, there was a substantial village of suppliers from China. I was drawn toMasewa Metal’s specialty metal offerings. The also had doors, panels, and industrial products.

A Chinese manufacturer was displaying samples of fiber-cement-faced SIPs with plain and fancy facings. (I never did figure out the name of the manufacturer; the salespeople didn't seem to speak English very well.)

I imagine this is intended to be a cladding for a steel-frame structure, but I think it could have potential in earth-sheltered construction or to enclose the first floor of a raised pole home in coastal and flood-prone areas.

Las Vegas has cheap hotels and lots of free food

It’s great to see innovative thinking in the show planning. The IBS Live sessions drew people to the far end of the floor and added value for the vendors located nearby (including Fine Homebuilding).

Next year they will be upping the stakes by co-locating with NKBA and presenting the International Builders show along with the Kitchen and Bath show.

Many of the exhibitors were offering free floor passes. Vegas hotels are cheap, free food and drink abounds, and adding free education and exposure to the councils along with that was a home run.

t was designed and built by an architect in the 1950s for his family. Set back from the road, this house uses vertical siding to blend in with the trees in the surrounding woods. It’s a home full of memories.
Read More