A new resort development in the Maldives (currently sitting five feet above sea level) will be ready if the country starts to go underwater--the whole thing is already floating. 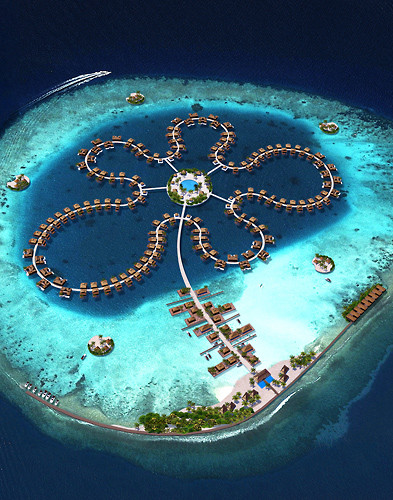 Coming to a real estate catalog soon: private floating islands and luxurious villas made to withstand climate change. Price: $10 million, plus. Location: the Maldives--a beautiful, climate-endangered set of islands in the Indian Ocean.

The idea is a joint project of the government and Dutch Docklands, a developer from the Netherlands that’s drawing on national expertise to help one of the most threatened countries on the planet. The Maldives is only five feet above sea level, and is likely to be one of the first countries affected by shifts in the atmosphere. 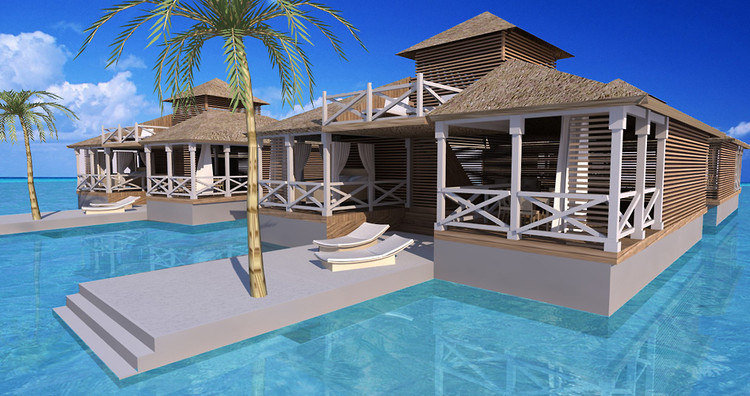 As well as the private island, the scheme envisages a floating 18-hole golf course (complete with underwater, see-through tunnels between holes), a hotel and convention center , the "Ocean Flower" with 185 villas, and the White Lagoon--four ringed islands composed of 72 houses.

The price isn’t cheap. The villas start at $1 million, and "palaces" on the golf course will cost more than $10 million. The total development cost is likely to be well in excess of $500 million (the golf course is the most expensive ever, according to Docklands’ CEO Paul van de Camp).

But the partners see the projects as a proving ground for floating island technology, and some of the profits will be used in a separate social-housing project near the chronically congested capital, Malé. The high-end projects are set to begin construction this October, with the low-cost ones following in about a year’s time.

The islands are attached to the seabed with flexible lines, or retractable mono-piles, which allow the structures to move gently up and down. Van de Camp points to several benefits, aside from coping with climate change. For one, Maldives can add to its hotel capacity, which is running in short supply. Of the Maldives’ 1200-plus lagoons, most of the 200 developable ones are full-up. And it can maintain its reputation as a pristine marine environment. 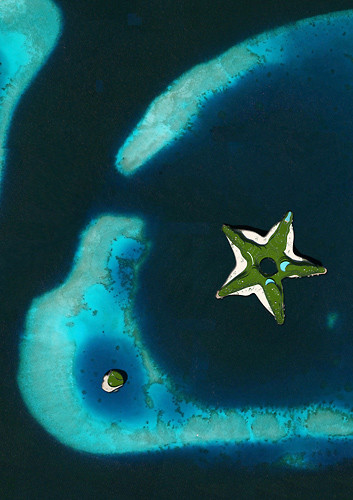 "It’s not only for climate change. It’s good because they don’t have enough space," Van de Camp says. "Building islands is a better option than reclaiming land, which would be a disaster for the coral reefs and the fish. The government wants to protect the marine environment."

The islands can also be moved if necessary––for instance if the residents find a better spot, or if weather conditions become unbearable. Van de Camp says they barely leave a trace.

His firm has received dozens of inquiries from cities interested in extending their shorelines out to sea. But as well as luxury developments, he also sees possibilities to relieve conditions in low-lying urban slums in places like Sri Lanka, the Philippines, and India. 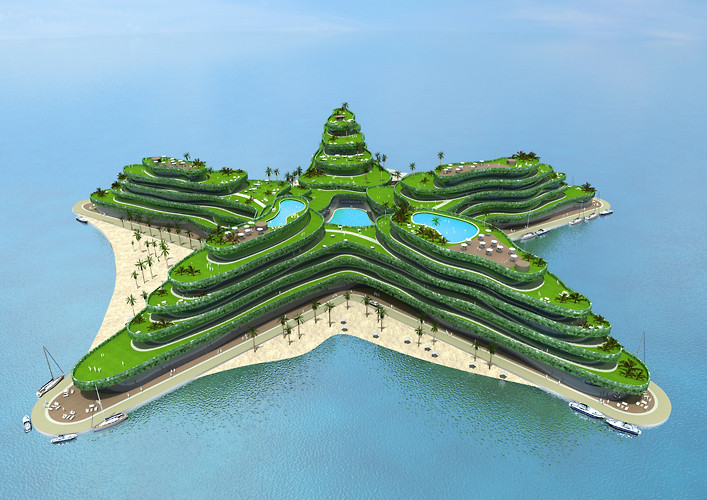 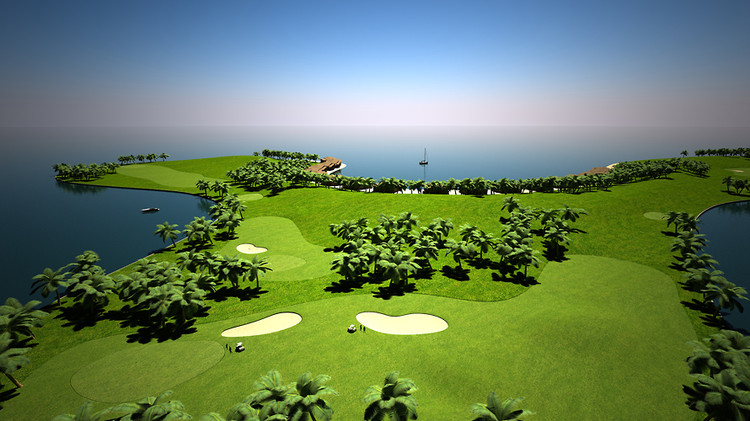 "There are many slums on wetlands--land that governments cannot use for anything else. There is so much piling that the water doesn’t flush, and you get diseases and infections."

Floating platforms would help the water to circulate, raising health standards, he says. And the islands’ standalone solar units would offer a better source of power than running expensive new infrastructure from the grid.

Koen Olthuis, Van de Camp’s architect-partner, has identified 20 major city slums where he thinks a low-cost version of its technology could be beneficial. Dutch Docklands plans to set out the idea later this year, following the Maldives roll-out. If the high-end projects help fund and inform the low-cost ones, all the better.