Honda and the University of California, Davis aren’t particularly known for constructing homes, but an ambitious project places the two entities at the forefront of designing homes capable of producing more renewable energy than they consume. They began constructing the Honda Smart Home last spring and unveiled it less than a year later on the West Village campus of UC Davis.
While homes and cars in the U.S. account for about 44 percent of greenhouse gas emissions, the Smart Home is expected to generate a surplus of 2.6 megawatt-hours of energy per year. Photo credit: Honda 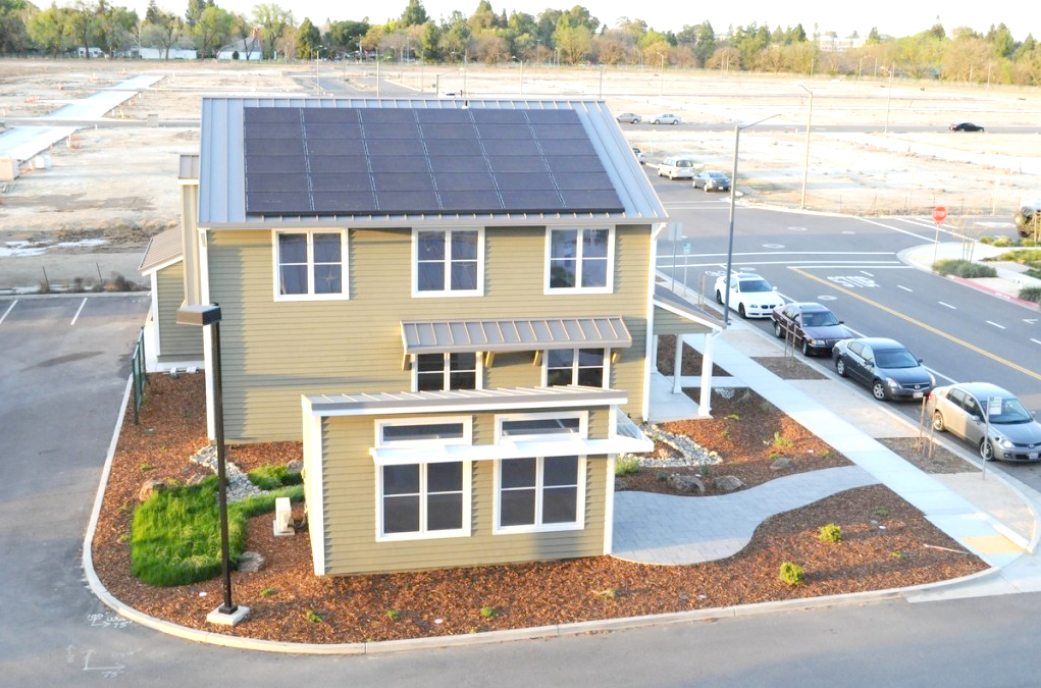 While homes and cars in the U.S. account for about 44 percent of greenhouse gas emissions, the Smart Home is expected to generate a surplus of 2.6 megawatt-hours (Mwh) of energy per year, some of which will be used to power the Honda Fit electric vehicle (EV) that comes with it. A soon-to-be-selected member of the UC Davis community will reside at the home as researchers from the company and college observe the production and consumption associated with their vision for net-zero energy living and transportation.
“What we’re trying to do here is create a vision for zero-carbon living and personal mobility,” said Michael Koenig, project leader for the Honda Smart Home.
With advanced lighting, geothermal heating and cool and a 9.5 kilowatt solar photovoltaic system, the Smart Home’s design will use less than half of the energy a similarly sized new home in Davis would when it comes to heating, cooling and lighting. It’s also three times more water-efficient than the average U.S. home. Honda and UC Davis will work with Pacific Gas and Electric Co. in evaluating the home as well as the potential for more efficient technologies that positively impacting housing, transportation, energy and the environment. 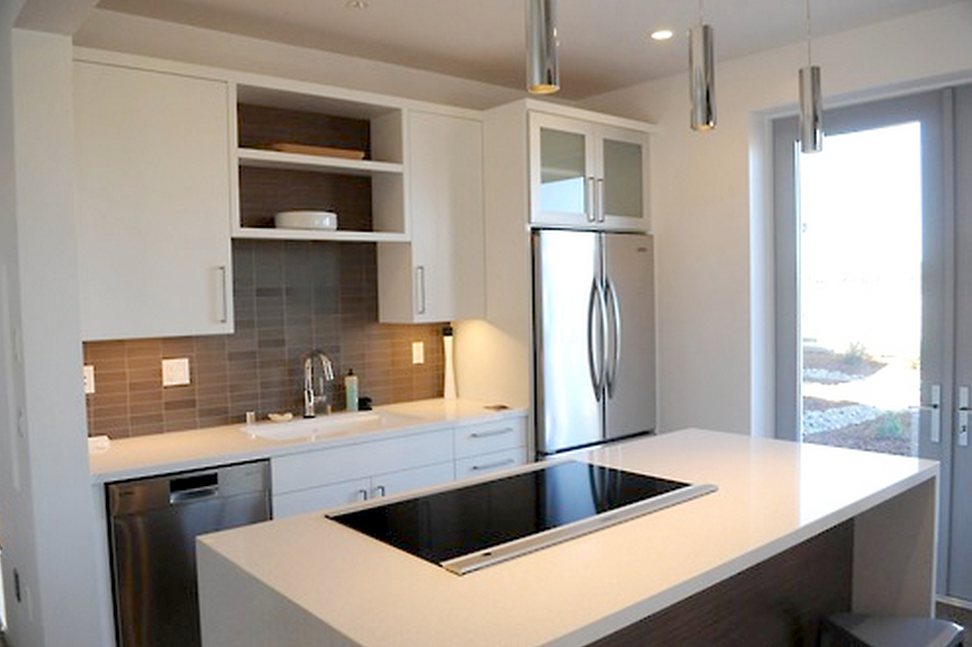 A soon-to-be-selected member of the UC Davis community will reside at the home as researchers from the company and college observe the production and consumption associated with their vision for net-zero energy living and transportation. Photo credit: Honda 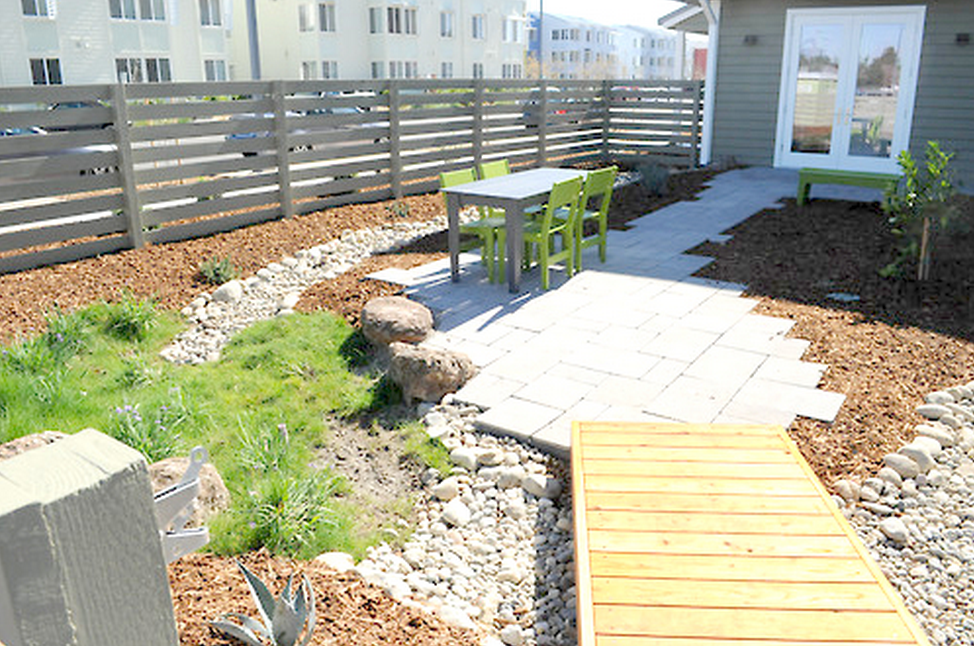 Less than a year after construction began, Honda and UC Davis unveiled the Smart Home on the West Village campus of the college. Photo credit: Honda 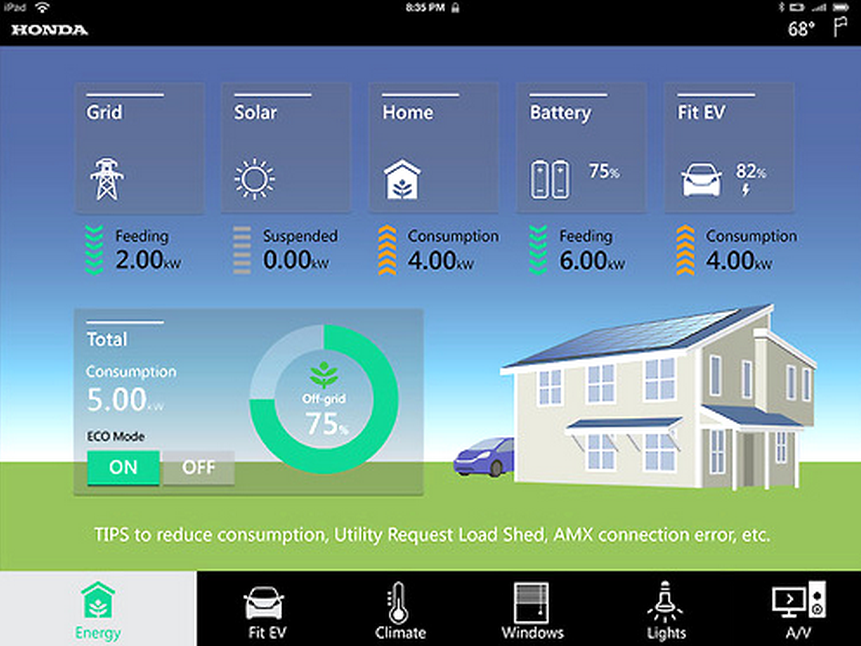 The Smart Home's solar system can be managed by a tablet program. Photo credit: Honda 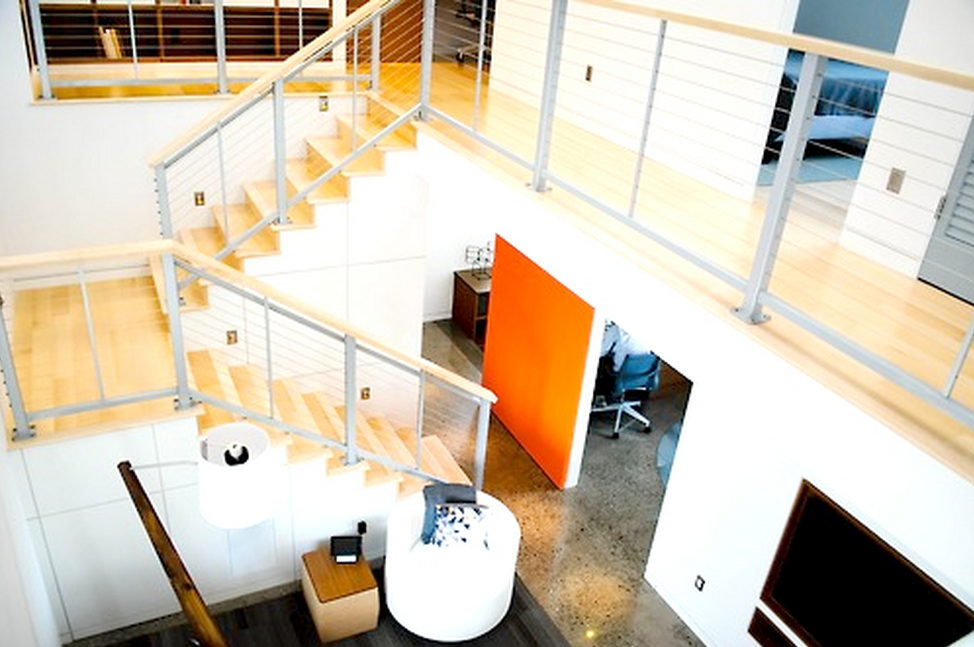 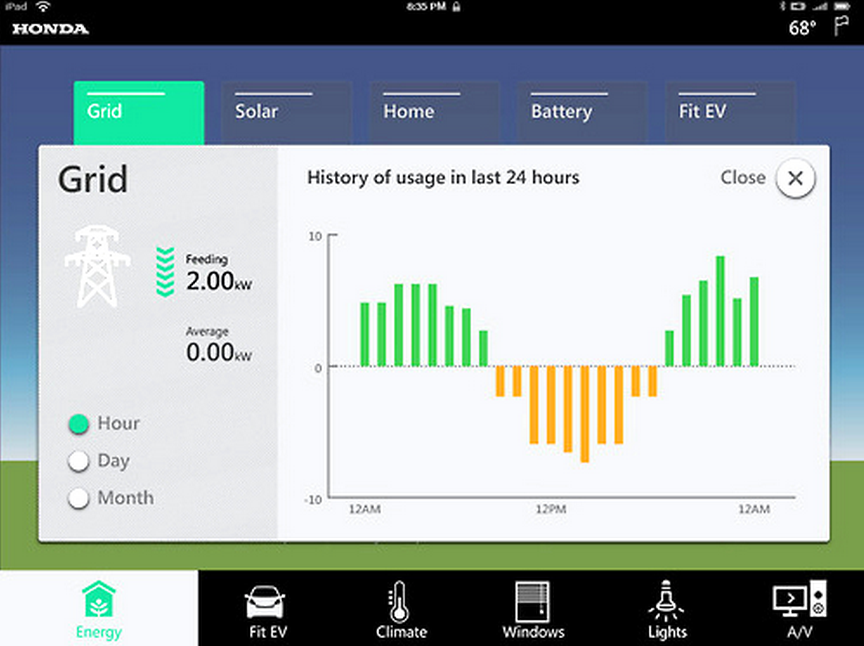 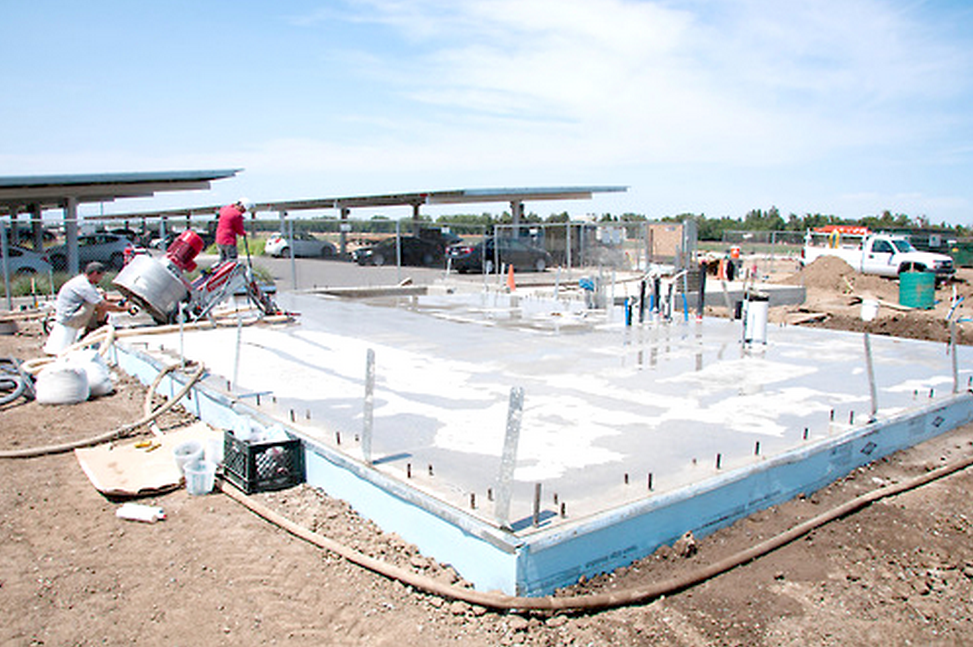 “In West Village, UC Davis made a commitment to build zero net energy housing and gave our research center the goal of creating the first university hub to focus and energy and transportation research,” said Dan Sperling, Ph.D., director of the Institute of Transportation Studies at UC Davis. “Honda Smart Home is a dynamic environment that will help the university meet its research objectives and is a perfect example of the industry partnerships we strive to build.”
The 2.6 Mwh surplus per year, compared to about 13.3 Mwh for the average home represents a net offset of nearly 13,100 pounds of carbon dioxide per year, according to Honda. Researchers say the excess energy will anticipate possible future increases in energy needs like additional inhabitants or more EVs in a household.
As for water efficiency, the Smart Home contains dual-flush toilets, low-flow sink and shower faucets and a high-efficiency dishwashing machine and dishwasher. Those utilities should bring down the water consumption of the average home, which typically uses 27 percent of its water consumption on a toilet by itself.
“With the Honda Smart Home, we’ve developed technologies and design solutions to address two primary sources of greenhouse gas emissions—homes and cars,” said Steve Center, vice president of the Environmental Business Development Office of American Honda Motor Co. Inc. “Ultimately, our goal is to contribute to the public dialogue about addressing carbon dioxide emissions.”
EcoWatch - Brandon Baker - April 2, 2014

Everyone wants to preserve that feeling of history, but we also want our homes to feel modern and stylish. Crane Properties  has shown us that you can do both.
Read More

When it came time for this couple to create their new home together, they took stock of the places already important to them. This cottage in Rockport was always brimming with potential, and it was time to realize that.