From:  http://www.fastcoexist.com
By: Zak Stone
Smart refrigerators, faucets that detect bacteria on produce, and 3-D printed dishes are just some of GE's predictions for the kitchen of 2025. Don't pass them off as unrealistic: GE has been right before. 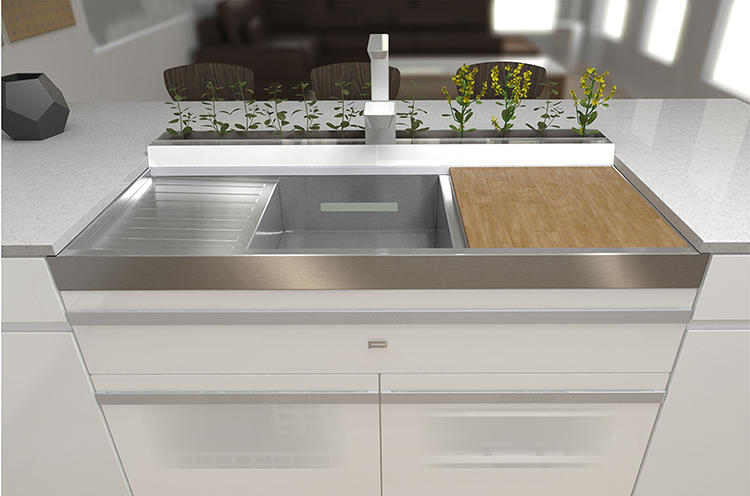 A typical product development cycle for corporate industrial designers lasts two to three years, which means today's designers are working on products that won't hit shelves until 2015 or 2016.
In GE's appliance unit, four teams of industrial designers were asked to dream up what kinds of products they might expect the company to release in 2025 to suit the domestic lifestyles of the near future. More conceptual than practical, the Home 2025 challenge invited designers at GE Appliance's home base in Louisville, Kentucky, to combine research on cultural and demographic trends--like an aging U.S. population, the decrease in demand for larger homes, and the increasing demand for fresh produce--as well as technological shifts to imagine how products should evolve to match a new American life. The results are both tangible and thoughtful.
"Each group was assigned not just a living environment," explains Lou Lenzi, industrial design director for GE Appliances. "But we also asked the teams to break up and look at personas or do some scenario-planning." Those scenarios include a house for empty-nesters, another for a young, tech-savvy couple, a third for young people living in an "emerging urban environment" like Detroit, and another for an adult taking care of an elderly parent.
So what did they come up with, exactly? A compendium of innovations that we've seenglimmers of in prior coverage on Co.Exist. While the teams focused on the whole home, their take on the kitchen was particularly interesting.
"The kitchen is sort of disappearing," Lenzi says, at least in the sense of a territorially bounded space. "Now it's part of the overall environment. [...] Kitchen appliances need to become part of that overall connected system." That "system" is what you may have heard called the "Internet of things" (or the "industrial Internet" in GE-speak) by futurists and designers.
While some critics have questioned the necessity of a Wi-Fi-equipped toaster, GE's project sheds some light on the motivations for why we'd even want to have interconnected kitchen systems. As homes shrink, you can save space by finding appliances that do more than one thing, like an entertainment center that also has cooking capabilities, for example. Or a refrigerator could be part of a system that takes inventory, suggests recipes based on what's about to go bad, curates shopping lists, and places orders for food delivery.
"You may set up a relationship with a local grocer or produce stand that would allow you to inventory-manage through the appliance," Lenzi explains. Deliveries would show up on demand and bring food directly into the home via an externally accessible fridge, so no one would need to be there to receive the order. Rinse produce in the sink, and the faucet's sensors would detect the presence of pernicious chemicals or bacteria. (No organic labels needed.) 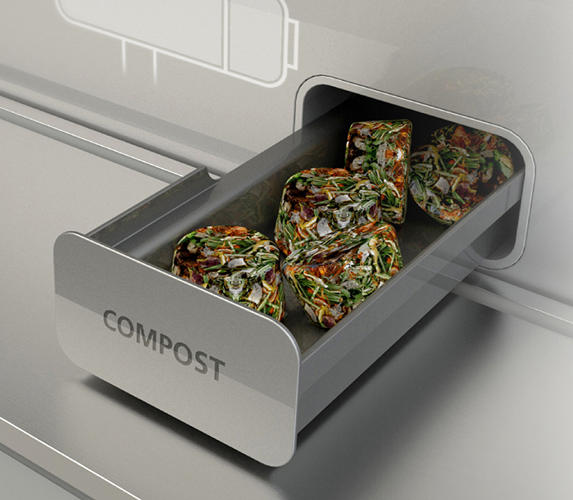 Other innovations focused on sustainability, like repurposing grey water from the dishwasher to circulate through other appliances, as well as educational apps to make home gardening easier.
"I think there's great value in this whole notion of personas and scenario-planning as we think about the future, and frankly speaking, I think this is just a great way to promote a dialogue about where we think the home is going on a larger scale," Lenzi says. GE is considering turning some of the 2-D renderings created for the project (and currently on display at the Cressman Center in downtown Louisville) into 3-D objects. One particularly promising concept is for a technologically connected kitchen island. 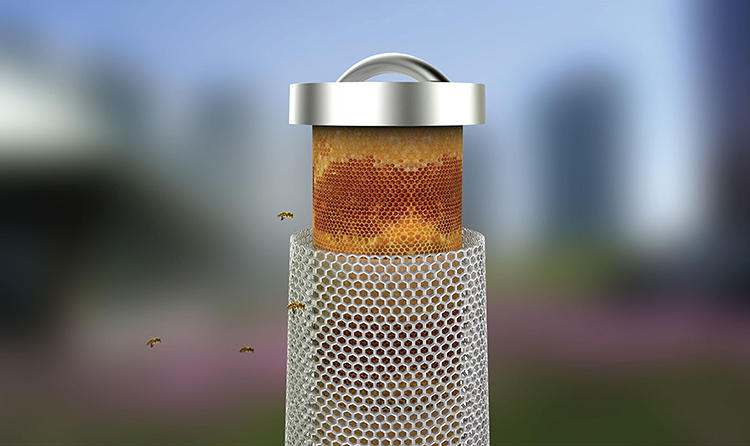 Of course, we'll have to wait until at least 2025 to cook or clean with any of these appliances. Asked how much change is actually possible in a 12-year period, Lenzi replies that "in 2001, we did a kitchen-of-the-future project with Wired, and you saw the emergence of connectivity. And now we do have connectivity in our products."
More telling is a comparison between a similar project at GE in the 1960s. In a photograph, Arthur N. Becvar, the guy who had Lenzi's job 50 years ago, is sitting in his vision of the kitchen of the future. Appliances include an "electronic oven," "a frozen food locker," the "ice water and ice dispenser," and the "automatic plastic dishmaker." The first three--a toaster oven, freezer, and ice machine--are now standard in every kitchen. The plastic dishmaker hasn't come around yet, but according to GE's designers, we'll finally get to make our dishes at home in 2025, using 3-D printer technology.